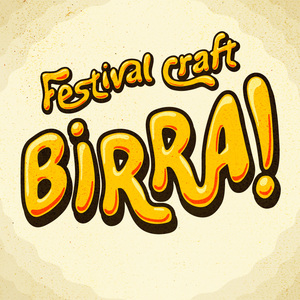 BIRRA! is a project created by MALTE (reference bar and restaurant in the Spanish craft beer scene), together with Be Craft! (nationwide importers and local distributors of the best craft beer) with the main goal of creating a relevant craft event in the city which could allow to place the hole region on the national craft scene.

We have chosen this dates, February 2020, to symbolically match the first edition of this festival with Malte 10th.

We would like to become BIRRA! an event totally different to what we are used to, complementing the beer with other products like food, craft coffee or craft cider among others, and inviting brewers and crew from all the breweries to interact with clients, merging into the people, talking, drinking and partying with their clients.

BIRRA! will be in February, on Friday the 7th (from 6 pm to 3 am) and Saturday the 8th (from 1 pm to 3 am) in one of the best possible locations in the centre of A Coruña: Palexco (muelle de trasatlánticos, A Coruña), with more than 1.600 square meters.

WHY BIRRA! IS DIFFERENT?

BIRRA! is not a just a festival. We like to think that it´s a big party around the beer and the craft scene, highlighting the importance of complementary products such as cider, specialty coffees and food. People can enter in the festival for free, just paying a small amout for the official event glass and paying what they want to drink with tokens which could be bought in the stands. People will find 50 taps bar, a “cider corner” managed by Gerrilla Imports (the most important cider importer and distributor in Spain), specialty coffees from Astro Cafés, a micro-roaster from A Coruña, beer and distillate cockatils bar and a complete food offer.